The dream of leaving the every day have too’s and routines, to set of and just wander for miles and miles is something I share with many.

I’m not sure if it’s the freedom, the silence or challenge I’m after. Or maybe just the longing to be out in nature. Two years ago me and a friend of mine went out on a journey across the Northwest of Spain, walking the Camino Primitivo. What happens when you walk long distance?

A history of walking

Humans have always wandered. Rebecca Solnit is the author of the book Wanderlust. A history of walking (2001). The book is a beautiful collection of the history of walking, or wandering. It takes on a wide perspective: from humans’ anatomical development and the philosophy of walking to hiking clubs, mountain climbing and city planning.

Walking upright comes from evolution, from necessity to be able to move from one place to another. Without crossing oceans, using horses or today’s means of transport walking was the only way to get from one point to another. Our upright walk is what defines us as humans. Solnit writhes that the history of walking goes further back than the history of humans. Walking, or wandering as a hobby, instead of a necessity, can only be traced back a few hundred years in Europe. The author Jean-Jacques Rousseau can be found at the beginning of that history. Rousseau walked to be able to think better and more clearly.

writes in Confessions (1782). He portraits walking as both exercise and time to contemplate and collect his thoughts.

During the 17th and 18th century, wandering was considered a female activity in England.

“They were country ladies, and of course fond of the country lady’s amusement, walking,” Dorothy Wordsworth wrote in a letter, 1792. It was something for women to do, a hobby.

During 1770-1780 the infrastructure improved with better roads, reduced crime and cheaper means of transport which changed the way people traveled. When the roads between places wasn’t a hardship and didn’t take as long, the journey in itself became the goal. The journey turned in to an adventure, with time for recreation, Solnit writes.

During the 19th century clubs for a line, hiking and outdoor arose in Europe and North America. A lot of them developed ideas and ideals around the right way of walking. More and more people started spending time outdoors on their spare time, hiking, which created conflicts between land owners and hikers concerning the right to travel freely in the open landscape in countries like England.

In the 20th century walking became a way of organizing protests. Solnit mentions the German youth organization Wandervogel, that consisted of students. Wandervogel started as a reaction against the industrialization. The young people were longing for nature and the wilderness.

There are tree things that motivates long walks, Solnit writes; understanding the natural beauty of a place, understanding oneself or setting a record. These things often coincide. Long walks are often perceived as pilgrimages. The word pilgrim comes from the Latin word peregrinus which means foreigner. Historically pilgrims walked to holy places to prove their faith or to discover something spiritual.

What was it that motivated my 354 kilometer long walk along Camino Primitivo, towards Santiago de Compostella?

I needed change, something that broke the routine of everyday life. After studying at University I went straight back to my old full time job. I was tired, and needed time for contemplation and recreation. Time to think and breath. The concept of wandering has always intrigued me, so I thought why not give it a try.

I downloaded audio books and offline playlists on my phone before leaving Sweden, in case I’d get restless or board. In the end, I only listened to the audio books when someone was snoring to loudly and I had a hard time falling a sleep at the albergues. Whiles walking I wanted to be in the present, hearing the birds sing and the sounds of my own breathing.

I felt like taking a breath of fresh air for the first time. I got time to make up with myself. Thoughts became longer and slower. A feeling of tranquility and happiness filled me. Walking long distances felt natural and amazing.

There are a lot of books about long hikes and what happens when people wander long distance. Wild by Cheryl Strayed (2012) is about her hike along the Pacific Crest Trail in America. The trail reaches from the Canadian to the Mexican boarder, and is around 4300 kilometers long. Strayed was the first women walking the trail alone. When she started walking she had no experience with long distance walking, her hiking boots were too small and her backpack to heavy. Despite her many mistakes she managed to walk the entire trail. In the book, Wild, both the physical and internal journey is composed in a beautiful and humoristic manner.

Tracks by Robyn Davidson (1980) is based on her 2700 kilometer walk across the Australian desert and wilderness with a dog and four camels. The hike took nine months. Half the book she explanes the weird things that start happening when wandering mile after mile each day. One starts to remember things you thought you’d forgotten, start reconnecting with your emotions and feel blissful.

Ffyona Campbell wandered to collect money for different benefits. Solnit writes that she might be close to finding the true nature of wanderlust:

In the Swedish Radios series the Wanderers (2014) the host Eric Schüldt, Martin Johnson and the essayist Nina Burton tries to awnser the question of what happens when wandering. The radio series has four episodes where the program hosts wander St Olavsleden from Sunsvall, Sweden to Nidaromsdomen in Trondheim, Norway. They try to put what happens with their thoughts when they wander long distance. They say that their thought slow down. They stop coming so fast, and does not get cut of, like in stressful everyday life situations.

“I think it is a drive within us. All living things wander,” says Burton. “Movment is life.”

Looking at the origin humans sedentary lifestyle makes out a fraction of our history. Nothing in nature is stationary. Everything keeps on moving: the seasons change, leafs grow, water pours and the ground erodes.

They compare walking with bicycling at the gym. Being outside in nature gives the body and mind time to register the surroundings, creating a mental or spiritual presence that can’t be found at the gym. The presence of being in the moment is could in the breaks, when they during their walk stop to rest or take a cup of coffee. It is the breaks that make the road, or walking in itself, the goal, not getting to the final destination.

But why wander, some of you may still wonder? On the travel magazine Vagabond’s website you can read the article 10 reasons why you should wander on your next trip by Johanna Jackson (2016). According to the article walking is good both for physical and mental health, it’s cheap, environmental friendly, reduce stress, increase creativity and makes you happy. And I believe she is on to something with this thesis.

I suspect we all have our personal reasons to wander. It might be for recreation, exercise, the challenge, nature or the adventure. Most people who has walked far seems to agree that something happens inside you when you wander. Time slows down, you find yourself in the moment.

What is a Lean Startup?
There are many buzz-words in marketing, one expression that you may have heard of is Lean Organisat...
Travel guide: Azores
Sao Miguel, the green island, has been called the Last Secret of Europe. Not many people that I kno...
Want to learn more?
Being back in school, I want to learn as much as possible about communication and marketing. If you...
Prövande texter
Kl.05.25 ringer väckarklockan på mobilen. Jag stänger av den och möter en rullgardin av pushnotiser...
Kommentar (1)
English Journalistik 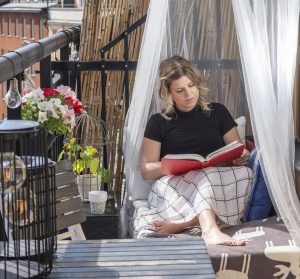 Went back home to Insjön, Dalarna, over the weeke

Read this book solely based on the fact that the t

On my to be read list. 📚 What are you currently

Three hours of writing tonight 📝 with my fellow 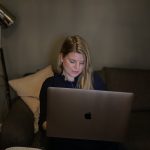 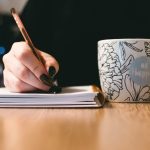 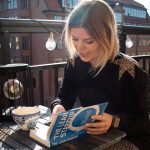 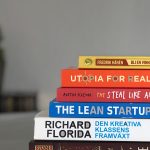 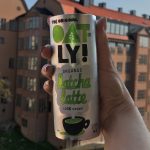 We use cookies on our website to give you the most relevant experience by remembering your preferences and repeat visits. By clicking “Accept All”, you consent to the use of ALL the cookies. However, you may visit "Cookie Settings" to provide a controlled consent.
Cookie SettingsAccept All
Manage consent

This website uses cookies to improve your experience while you navigate through the website. Out of these, the cookies that are categorized as necessary are stored on your browser as they are essential for the working of basic functionalities of the website. We also use third-party cookies that help us analyze and understand how you use this website. These cookies will be stored in your browser only with your consent. You also have the option to opt-out of these cookies. But opting out of some of these cookies may affect your browsing experience.
Necessary Alltid aktiverad
Necessary cookies are absolutely essential for the website to function properly. These cookies ensure basic functionalities and security features of the website, anonymously.
Functional
Functional cookies help to perform certain functionalities like sharing the content of the website on social media platforms, collect feedbacks, and other third-party features.
Performance
Performance cookies are used to understand and analyze the key performance indexes of the website which helps in delivering a better user experience for the visitors.
Analytics
Analytical cookies are used to understand how visitors interact with the website. These cookies help provide information on metrics the number of visitors, bounce rate, traffic source, etc.
Advertisement
Advertisement cookies are used to provide visitors with relevant ads and marketing campaigns. These cookies track visitors across websites and collect information to provide customized ads.
SPARA OCH ACCEPTERA